This chapter is about Monthly Recurring Revenue or short MRR. Think of MRR as the lifeblood of any SaaS company. This is what sets us apart from other industries. We’re not a one-time sale, like a T-Shirt, to a customer who may or may not return.

If you have solid software and take good care of your users, your customers will return automatically. Everyone. Single. Month. Amazing.

So how do you calculate the MRR? The first way is quite simple.

You take the sum of ALL monthly fees paid by each customer.

If you don’t have it at hand, take the Average Revenue Per User, or ARPU for short, and multiply it by your total customers.

Wait a second …did I just calculate one metric with another metric? Thankfully this one I can explain in one sentence.

Some of you may have heard of Average Revenue Per Account (ARPA) instead. As you can see from the calculation, ARPA is basically the same, but if you want to be very correct, do not use it interchangeably, as one user can have several accounts with one company. 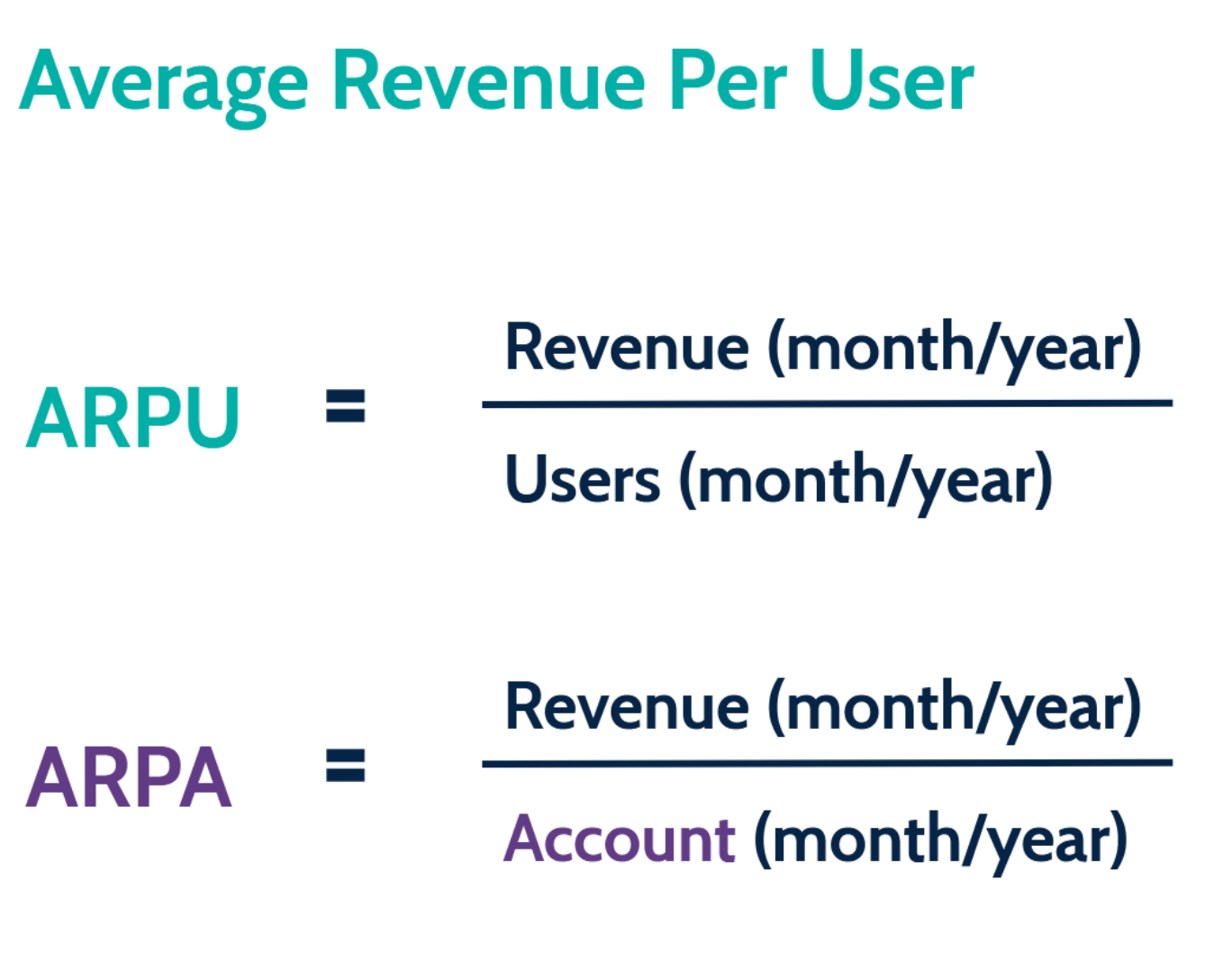 Okay, so back to our example. The MRR is our average revenue of $100 per user, multiplied by the total number of our users. Let’s just assume we have a total of 10 customers. This would give us a total recurring monthly revenue of $1,000. 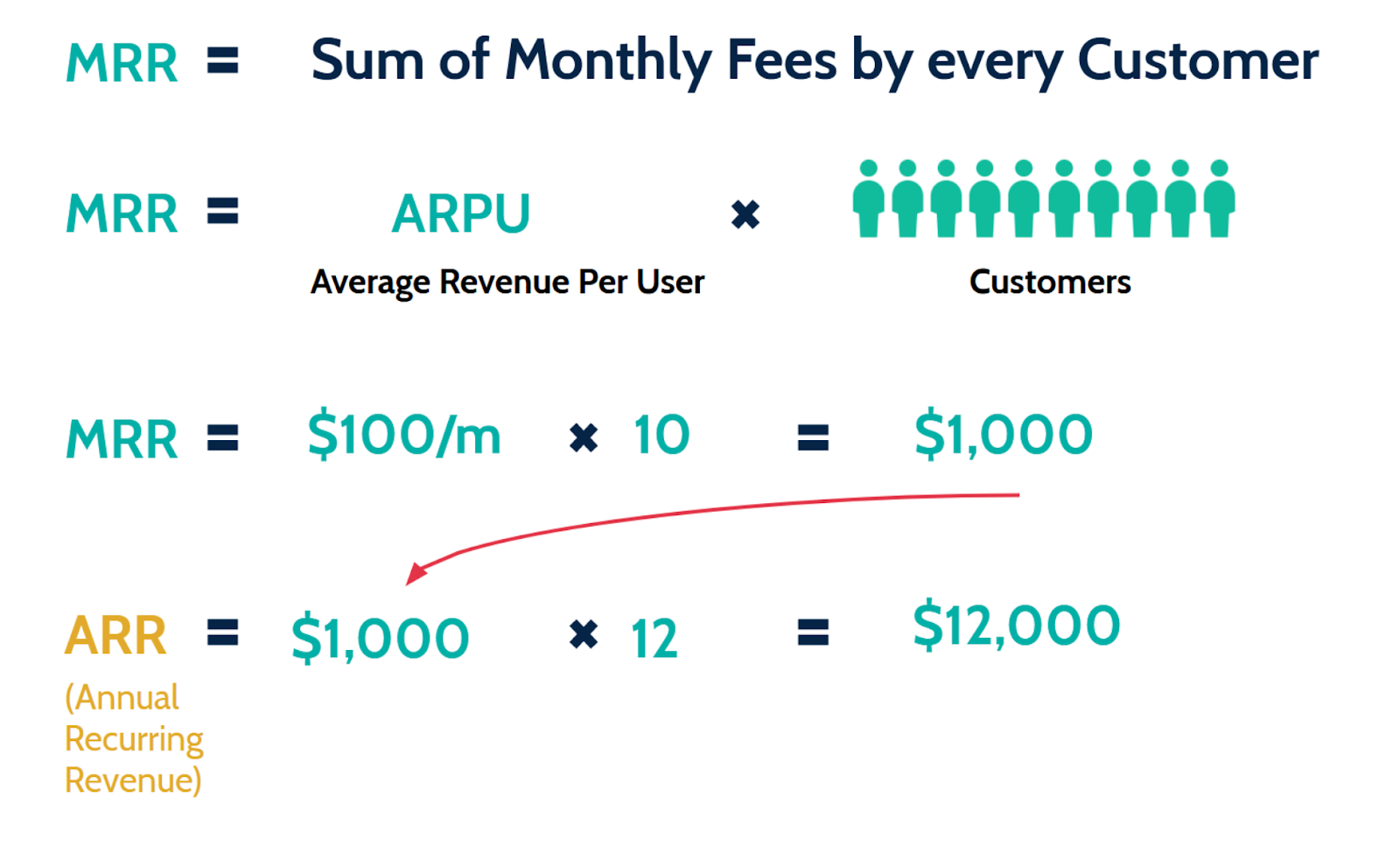 If you don’t bill on a monthly basis, you should normalize your revenue to a monthly amount in order to measure MRR.

This also works the other way round. Sometimes you want to compare your Annual Recurring Revenue (ARR), another important SaaS metric to keep track of. To get your ARR multiply your MRR by 12.

Relevance of MRR and ARR

Enough of the kindergarten math. I know I am dealing with smart people here.

So why is MRR and ARR the lifeblood of SaaS companies?

A few common mistakes I have seen over time:

In order to get your Net New MRR (Growth MRR),  follow these steps:

Placing these numbers into a chart and monitoring them over time will look somewhat like this.

For easy comparison I kept the same colours scheme. New MRR in green, Expansion MRR in yellow and Churned MRR in red. The Net New MRR we get is the blue area in the back.

Now let’s combine what we’ve learned in the previous chapter of churn with MRR. Have you ever heard the expression net negative churn before? It’s a fancy word and I’m sure you can impress your team with it.

It simply means that your expansion revenues counteract the effects of your churn.

So instead of losing money because customers are dissatisfied and cancel their contract, customers are happy and love your product so much that they pay you extra – by:

In simple words, net negative churn is when customers are spending so much additional revenue that your churn is offset by it.

You could compare net negative churn to a high yield savings account. Or if you prefer to think about food rather than money, you could put yourself in the shoes of a restaurant owner where perhaps one table returns the food to the kitchen and you have to give the money back – churned revenue – but the majority of your guests don’t even want to leave when they have finished eating. They keep ordering desserts and cocktails because they enjoy their visit so much. And these upgrades exceed the income you lost at the one table that returned their food to the kitchen.

The formula is very easy and included in the KPI calculator under the churn tab. You simply take your churned MRR, subtract your expansion MRR from plan upgrades and additional services and divide everything by the total MRR.

So if we churned $10k, but made $15k in upgrades, and our total MRR is $100k, our net churn is 5%. As long as this number is negative you have a Net Negative Churn. The dream of every company.

Lastly, I want to discuss forecasting your MRR. Seeing the future!

In my KPI calculator I have built a simple linear forecast formula. I used my MRR from 2020 in blue to predict my growth for 2021. You can use the same formula to create a 3+9 forecast, for example, where you take the first 3 months of the year to forecast the next 9 months. 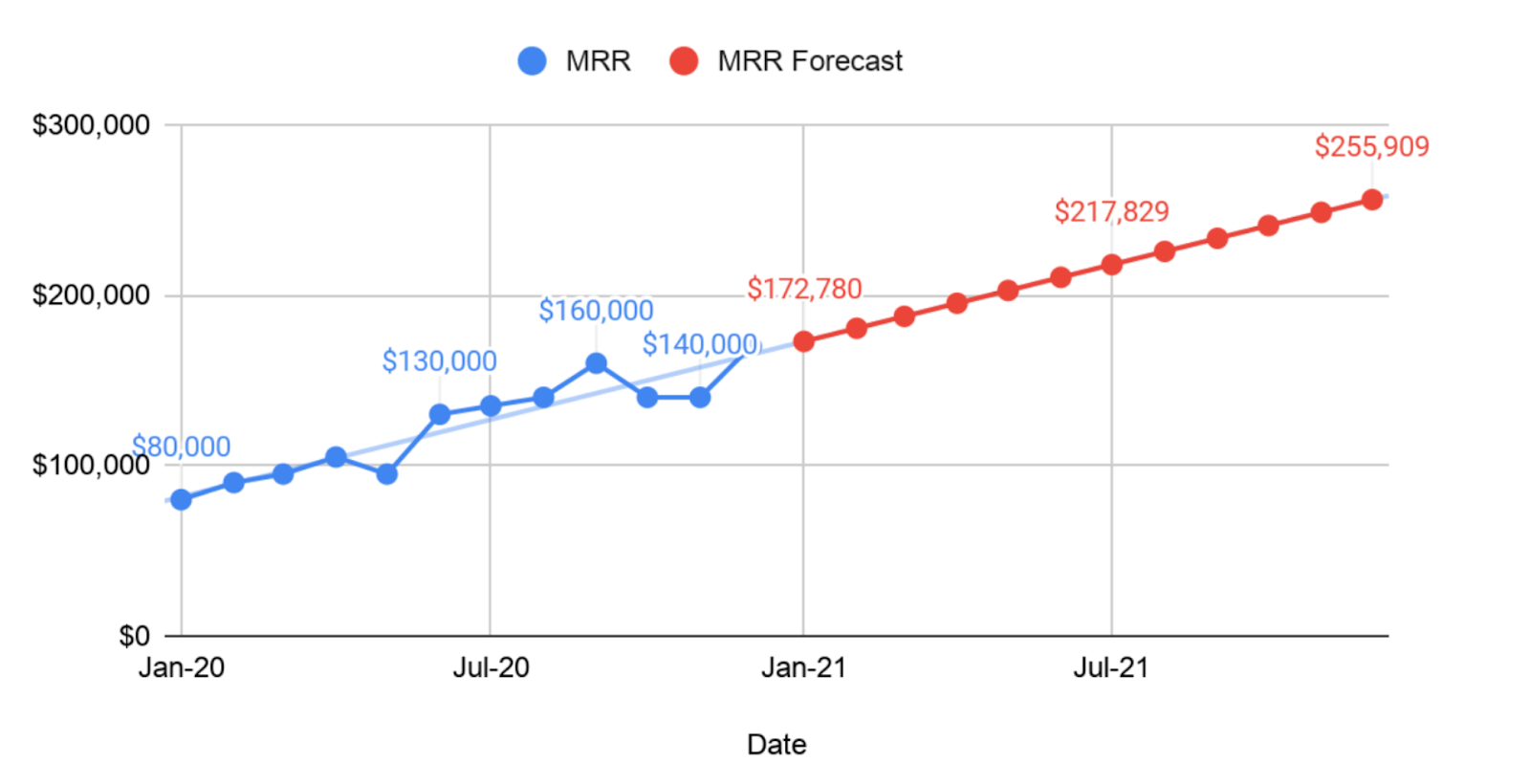 Alright that concludes this chapter. Thank you for reading. I will see you in the next one.